Jewish players and game theoreticians have long been involved in the game of chess and have significantly contributed to the development of chess, which has been described as the "Jewish National game". Of the first 13 undisputed world champions, over 50% were Jewish, including the first two. The Modern school of chess espoused by Wilhelm Steinitz and Siegbert Tarrasch; the Hypermodernism influenced by Aron Nimzowitsch and Richard Réti; and the Soviet Chess School promoted by Mikhail Botvinnik were all strongly influenced by Jewish players. Other influential Jewish chess theoreticians, writers and players include Zukertort, Tartakower, Lasker, Rubinstein, Breyer, Spielmann, Reshevsky, Fine, Bronstein, Najdorf, Tal, Fischer, and Polgár. Professor Arpad Elo, the inventor of the scientific rating system employed by the FIDE analysed some 476 major tournament players from the nineteenth century onward and of the fifty-one highest ranked players, approximately one-half were Jewish. One of the strongest ever players was the half Jewish Garry Kasparov, who was world No. 1 from 1985 until his retirement in 2005, however Kasparov has described himself as a "self-appointed Christian" preferring to follow his mother's faith. The strongest female chess player in history by far is the Jewish Judit Polgár. There is currently a strong Jewish presence among the world's best players. Currently, the world number two, Levon Aronian from Armenia, is half-Jewish. Beersheba in Israel is the city with the most chess grandmasters per capita in the world. Israel has also won one silver and one bronze medal at Chess Olympiads.

The topic of Jewish participation in chess is discussed extensively in academic and popular literature. One such book devoted to the topic is The Great Jewish Chess Champions by Harold U. Ribalow and Meir Z. Ribalow, Hippocrene Books, 1987, ISBN 0-87052-305-8. Others include Chess, Jews, and history, by Victor Keats, 1994, Oxford Academia Publishers, ISBN 1-899237-00-3, Chess Among the Jews: A Translation and Explanation of the Work of Moritz Steinschneider, by Victor Keats, 1995, ISBN 1-899237-02-X, Chess in Jewish history and Hebrew literature, by Victor Keats, 1995, Magnes Press, ISBN 965-223-915-1, and Can I Play Chess on Shabbas, by Joe Bobker, 2008, ISBN 965-229-422-5. See also Jewish chess masters on stamps, by Felix Berkovich and N. J. Divinsky, McFarland, 2000, ISBN 0-7864-0683-6. H.G. Wells, himself a chessplayer, discusses the eminence of the Jewish race in chess, in his History of the World. The Museum of Jewish Heritage is developing a special gallery relating to Jews in sports and chess, which will recognize "major Jewish chess players such as Garry Kasparov, Mikhail Tal, and Judith Polgar".

The list refers to chess players who are Jews and have attained outstanding achievements in chess. Bold face denotes current competitor. 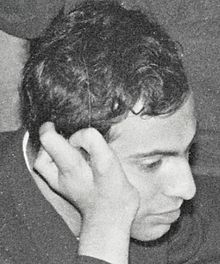 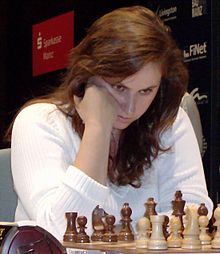 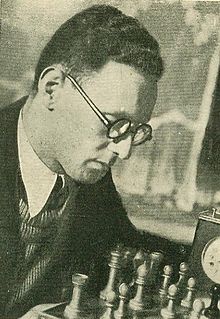 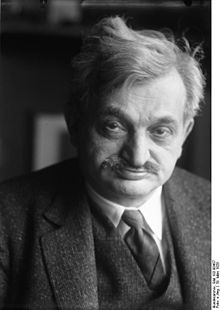 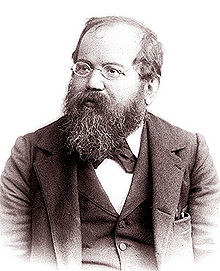 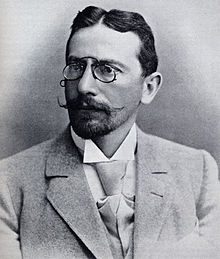 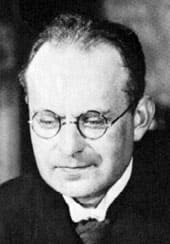 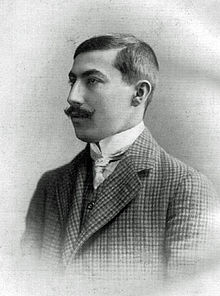 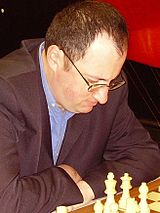 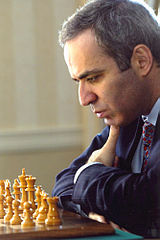 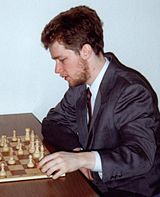