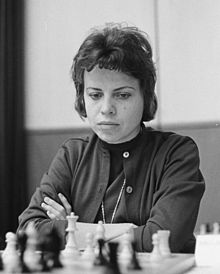 In 1961, she was awarded the title of International Master. In 1976, Zatulovskaya became a Woman Grandmaster.

In the 1960s and the 1970s she often qualified for Interzonals and Candidates Tournaments for the Women's World Chess Championship.

In 2000, she emigrated to Israel, which she represented at the 2002 Chess Olympiad.