Yuri Lvovich Averbakh (Russian: Ю́рий Льво́вич Аверба́х; born February 8, 1922) is a Soviet and Russian chess player and author. As of 2015, he is the oldest living chess grandmaster. He was born in Kaluga, Russia. He was chairman of the USSR Chess Federation from 1973 to 1978.

His father was German Jewish, and his ancestors came from Germany and were named Auerbach, meaning "meadow brook". His mother was Russian. Both sets of grandparents disapproved of their marriage because his father was likely an atheist and his mother was Eastern Orthodox, as well as the fact that his maternal grandmother died very young so his mother was expected to look after the family. Yuri himself calls himself a fatalist.

His first major success was first place in the Moscow Championship of 1949, ahead of players including Andor Lilienthal, Yakov Estrin and Vladimir Simagin. He became an International Grandmaster in 1952. In 1954 he won the USSR Chess Championship ahead of players including Mark Taimanov, Viktor Korchnoi, Tigran Petrosian, Efim Geller and Salo Flohr. In the 1956 Championship he came equal first with Taimanov and Boris Spassky in the main event, finishing second after the playoff. Later Averbakh's daughter, Jane, would marry Taimanov. Averbakh's other major tournament victories included Vienna 1961 and Moscow 1962. He qualified for the 1953 Candidates' Tournament (the last stage to determine the challenger to the World Chess Champion), finishing joint tenth of the fifteen participants. He also qualified for the 1958 Interzonal at Portorož, by finishing in fourth place at the 1958 USSR Championship at Riga. At Portorož, he wound up in a tie for seventh through eleventh places, half a point short of advancing to the Candidates' Tournament.

His solid style was difficult for many pure attackers to overcome, as he wrote: :"...Nezhmetdinov, who if he had the attack, could kill anybody, including Tal. But my score against him was something like 8½-½ because I did not give him any possibility for an active game. In such cases he would immediately start to spoil his position because he was looking for complications."

Averbakh was also a major endgame study theorist. He has published more than 100 studies, many of which have made notable contributions to endgame theory. In 1956 he was given by FIDE the title of International Judge of Chess Compositions and in 1969 he became an International Arbiter.

Averbakh was also an important chess journalist and author. He edited the Soviet chess periodicals Shakhmaty v SSSR and Shakhmatny Bulletin. From 1956 to 1962 he edited (with Vitaly Chekhover and others) a four-volume anthology on the endgame, Shakhmatnye okonchaniya (revised in 1980-84 and translated as Comprehensive Chess Endings, five volumes).

Averbakh is the eponym of several opening variations. 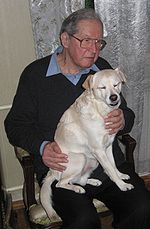 In the 1960s, Averbakh worked for the Soviet journal Znanie - sila (Knowledge is Power), which published science and science fiction stories, and once even played a simultaneous game against representatives from the notorious state censorship organ 'Glavlit'. A colleague claims to have begged him before the match "Yuri, have a heart and lose!" He was chairman of the USSR Chess Federation from 1972 to 1977.