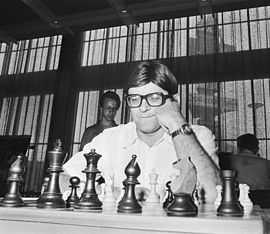 Liberzon played in several Soviet championships, his best result being fourth at the 36th Championship, Alma-Ata 1968/69. Other results were less notable; his first entry led to a lowly finish at Tbilisi 1966/67, whereas he achieved solid mid-table performances at Moscow 1969 and at Riga 1970.

Liberzon was the first grandmaster from the Soviet Union who was allowed to emigrate to Israel in 1973. Consequently, he became Israel's first grandmaster. He won the Israeli Championship in 1974.