Joseph Henry Blackburne (10 December 1841 - 1 September 1924), nicknamed "The Black Death", dominated British chess during the latter part of the 19th century. He learned the game at the relatively late age of 18 but quickly became a strong player and went on to develop a professional chess career that spanned over 50 years. At one point he was the world's second most successful player, with a string of tournament victories behind him, and popularised chess by giving simultaneous and blindfold displays around the country. Blackburne also published a collection of his own games.

Joseph Henry Blackburne was born in Manchester in December 1841. He learned how to play draughts as a child but it was not until he heard about Paul Morphy's exploits around Europe that he switched to playing chess at the age of 18-19:

Blackburne joined the Manchester Chess Club in 1861. In July 1861 he lost 5-0 in a match with Manchester's strongest player, Eduard Pindar (and champion of the Provinces), but in August/September Blackburne defeated Pindar (five wins, two draws, one loss). Next year he became champion of the city club, ahead of Bernhard Horwitz (who taught him endgame theory).

Blackburne's introduction to blindfold chess was a little later: in November 1861 Louis Paulsen give a simultaneous blindfold exhibition in Manchester, beating Blackburne among others; Blackburne was soon playing chess blindfolded with three players simultaneously. 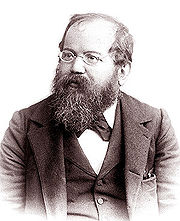 Less than three years after learning the moves, Blackburne entered the 1862 London International Tournament (the world's first chess round-robin or all-play-all tournament) and defeated Wilhelm Steinitz in their individual game, although Blackburne finished in 9th place. Up to that point time-keeping was measured with hourglasses, and it was Blackburne who suggested chess clocks. This trip cost Blackburne his job back in Manchester (accounts vary about what it was), and he became a professional chess player.

In the 1868-69 season he won the British championship by beating the current holder, Cecil Valentine De Vere, and he was therefore regarded as England's best player. His first major international success was in a strong tournament at Baden-Baden in 1870, where he shared 3rd place with Gustav Neumann, behind Adolf Anderssen and Wilhelm Steinitz but ahead of Paulsen, De Vere, Simon Winawer, Samuel Rosenthal and Johannes von Minckwitz.

Blackburne was regularly one of the world's top five players from 1871 to 1889, although Steinitz, Emanuel Lasker and, during his brief prime, Johannes Zukertort were clearly better players; and he remained in the top 20 until 1902, when he was 61 years old. His best results were in international tournaments. Although tournaments were much less frequent then than they are now, Blackburne played in nearly one strong tournament per year from 1870 to 1899; in particular he competed regularly in the German Chess Championship, which was an open tournament. In the 1870s and 1880s he was almost always a high prize-winner. His best results were 1st equal with Steinitz at Vienna 1873, where the commentators nicknamed Blackburne "the Black Death" (Steinitz won the play-off); 1st in London 1876 with a score of 10/11, ahead of Zukertort; and 1st in Berlin 1881, 3 points ahead of Zukertort. He also achieved 2nd place in: a strong mini-tournament in London 1872 (behind Steinitz but ahead of Zukertort), George Alcock MacDonnell and De Vere; shared 2nd place at Hamburg 1885 (with Siegbert Tarrasch, James Mason, Berthold Englisch and Max Weiss; behind Isidor Gunsberg; ahead of George Henry Mackenzie and five others); shared 2nd place at Frankfurt 1887 (with Weiss; behind Mackenzie; ahead of Curt von Bardeleben, Tarrasch and several others). His worst result from this 20-year period was 6th place in the 1882 Vienna "super-tournament", the one occasion on which all his major rivals placed ahead of him. 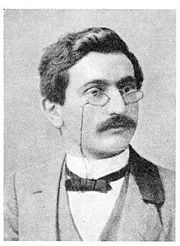 In the mid to late 1890s Blackburne's was less successful in tournaments, but by this time he was competing against the next generation of players, Emanuel Lasker and Lasker's major rivals. Blackburne's worst results were 10th place at Hastings 1895 and 11th at Nuremberg 1896; but both of these tournaments included Lasker and most of the other top players of the new generation; and in both of these he finished ahead of several of the new stars and ahead of the few competing players of his own generation.

The 1876 match against Steinitz was held at the West-end Chess Club in London. The stakes were £60 a side with the winner taking all. This was a considerable sum of money in Victorian times - £60 in 1876 would be roughly equivalent to £29,000 in 2006's money. This was the first time that spectators were charged an entrance fee (half a guinea, = 52.5P in decimal terms) to see a chess match.

Exhibitions and other games

The Teesside Chess Association (formed in 1883; now called the Cleveland Chess Association) invited world-class players to give exhibitions, in order to raise money for the Association. Blackburne's fee for two simultaneous displays and a blindfold event in 1889 was 9 guineas (about £4,600 at 2006 values). Players paid the club 1/- (5P in decimal terms) for a simultaneous game or 2/6d (12.5P in decimal) to play him blindfold. In the simultaneous games he won 29, drew two and lost only one; in the blindfold he won seven and drew one with no losses.

In addition he played (mostly on top board) for the British team in 11 of the Anglo-American cable matches which commenced in 1896 and in the first six matches he recorded a score of 3½-2½ against the top American, Harry Pillsbury.

It is estimated that Blackburne played 100,000 games in his career, more than any other professional chess-player. However, he still had time to marry three times and with his second wife, Beatrice Lapham, he had a son, Julius, and with his third wife Mary Goodway (née Fox) another son, Frederick.

The dubious chess opening the Blackburne Shilling Gambit (1.e4 e5 2.Nf3 Nc6 3.Bc4 Nd4?!) has been named for Blackburne because he purportedly used it to win quickly against amateurs, thus winning the shilling wagered on the game. Chess historian Bill Wall questions this story because he could find no record of any games Blackburne played with this opening. The opening is mentioned by Steinitz in his book The Modern Chess Instructor (1889).

In 1899 he published Mr. Blackburne's Games at Chess, edited by P. Anderson Graham.

Blackburne wrote two articles on chess for The Strand Magazine, in December 1906 and December 1907, and annotated numerous games for chess magazines but he was never a chess correspondent for any publication.

In 1914, at the age of 72, Blackburne won a Special Brilliancy Prize for his win over Aron Nimzowitsch at the great St. Petersburg 1914 tournament, but failed to qualify for the final stage. That same year he tied for first place in the British championship with Frederick Yates, but ill health prevented him from contesting the play-off for the title. This was Blackburne's last major tournament. However, in 1921 Blackburne was still giving simultaneous exhibitions.

In 1922 his wife died. Blackburne died of a heart attack on 1 September 1924 at the age of 82. He is buried in the Brockley and Ladywell Cemeteries in Lewisham. 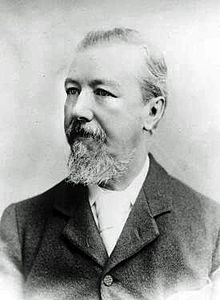 Blackburne is an icon of Romantic chess because of his wide open and highly tactical style of play. His large black beard and aggressive style earned him the nickname of "der Schwarze Tod" ("the Black Death", based on the plague of the same name) after his performance in the 1873 Vienna tournament. In 1881, according to one retrospective rating calculation, he was the second most successful player in the world. He was especially strong at endgames and had a great combinative ability which enabled him to win many brilliancy prizes, but he will be best remembered for his popular simultaneous and blindfold displays which captured the imagination of the general public who flocked to watch him.

Mr. Blackburne's Games at Chess, which he published in 1899, has been recently reprinted by Moravian Chess. It contains over 400 of his games, around 20 problems composed by him, and a short biography.

A new book about him was published by McFarland in August 2015. It contains over a thousand of his games and more than 50 problems with a detailed account of his life, family, and career.

Here are Blackburne's results in matches: