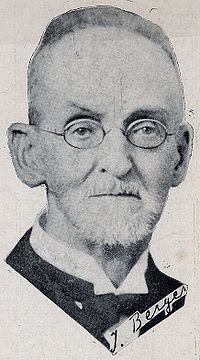 Berger was the first Austrian to win an important international correspondence tournament the Monde Illustré 1889-1892, and he did so with the remarkable result of 45 wins, no losses, and three draws.

Berger was a major endgame study composer, having published more than 100 studies, many of which gave notable contributions to endgame theory. His book Theorie und Praxis der Endspiele (Theory and Practice of the Endgame) was published in 1891, revised in 1922, and supplemented in 1933. This was the first modern comprehensive book on practical endgames, and was the standard work on endgames for decades.

Berger discussed the tie-break system now called the Sonneborn-Berger system, but he did not invent it. See Sonneborn-Berger for details. (For each player in the tie, the sum of the final scores of all the opponents he has defeated, together with half the final scores of all the opponents which whom he has drawn is found-nothing is added for games he has lost or for unplayed games).