Frederick Dewhurst Yates (16 January 1884, Birstall - 11 November 1932, London) was an English chess master who won the British Chess Championship on six occasions. He started a career in accountancy, but in 1909, abandoned it in favour of becoming a professional chess player and journalist.

Despite considerable domestic success, his record in international tournaments did not do him justice. Often the winner against his strongest opponents, he would then lose to those at the bottom of the table. This was particularly apparent at the Budapest tourney of 1926.

His lack of consistency was attributed to poor health and loss of stamina. A constant hacking cough went unchecked, as his funds did not stretch to a holiday in warmer climes; the advice given by his doctor. He was also subjected to journalistic pressures, frequently reporting on the tournaments in which he was playing. Yet, dedicating himself to the playing side of chess would have earned him insufficient sums to make a living. A number of his contemporaries believed that his talent could have placed him among the world championship contenders, had his circumstances been different. Nevertheless, in his time, he defeated most of his illustrious adversaries, the most notable exceptions being Emanuel Lasker and José Raúl Capablanca. His victory against Alexander Alekhine at Karlsbad in 1923 won the brilliancy prize, while his win against Milan Vidmar at San Remo in 1930 was described by Alekhine as the finest game played since the war.

As a journalist he was the chess columnist of the Manchester Guardian and with William Winter, the co-author of Modern Master Play (1929). He wrote accounts of two world championship encounters; those between Alekhine and Capablanca, and Alekhine and Bogoljubow.

In team competition, he played at the first, third and fourth Olympiads, representing the 'British Empire' team. On each occasion, he made a plus score and at London 1927, earned a team bronze medal.

His life ended prematurely, when a leaking gas pipe caused him to asphyxiate during his sleep.

According to the inscription on Yates' gravestone, his birth name was actually Fred Dewhirst Yates. However, throughout his chess career he was known by the name at the head of this article or simply as F.D. Yates, both of which featured in his posthumously published, part-biographical, 'My Best Games' Collection. 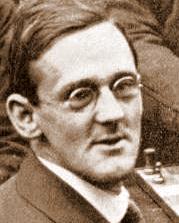 Abroad, his best results included first equal with Savielly Tartakower at Kecskemét (B Final, 1927) and fifth at San Remo (the strongest tournament of 1930), when he finished ahead of Spielmann, Vidmar and Tartakower. He was second at Ghent in 1926, after Tartakower, but ahead of Colle and Janowski.