Lothar Maximilian Lorenz Schmid (10 May 1928 - 18 May 2013) was a German chess grandmaster. He was born in Radebeul near Dresden into a family who were the co-owners of the Karl May Press, which published the German Karl May adventure novels.

He was best known as the chief arbiter at several World Chess Championship matches, in particular the 1972 encounter between Bobby Fischer and Boris Spassky at Reykjavík. He was also an avid collector of chess books and paraphernalia. It was reputed that he owned the largest known private chess library in the world, as well as a renowned collection of chess art, chess boards and chess pieces from around the globe.

In 1941, at the age of 15, Schmid won the Dresden chess championship which marked the beginning of his chess career. In 1943, he took second place in Vienna (German Juniors Championship). In June 1947, he tied for first place with Gerhard Pfeiffer in Wiessenfels (SBZ-ch). In April 1948, he tied for second place in Celle when Carl Ahues won. In September 1948, he tied for fourth place at the full German Chess Championship (12th GER-ch) in Essen. The event was won by Wolfgang Unzicker. In May 1949, he took third place in Bad Pyrmont (13th GER-ch). The event was won by Efim Bogoljubow. In August 1949, he tied for first place in Grossröhrsdorf. In 1950, he drew a match with Wade in Bamberg, 4-4. In 1951, he won in Travemünde. In 1951-52, he took third place in Hastings (Svetozar Gligorić won). In 1953, he tied for second place behind Esteban Canal in Venice. In 1954, he won in Zürich and at Bad Kissingen. In October 1955, he was second behind Klaus Darga in Hoechst (third FRG-ch), having won a qualifying event in Nuernberg the same year. In 1956, he won in Göteborg. In 1957, he held the fourth place in Dublin; a zonal qualifier tournament won by Luděk Pachman. In October 1959, he took second place, behind Unzicker, in Nuernberg (5th FRG-ch). In 1963, he tied for first place in Malaga. In 1964, he won the South African Open, held in "The Wilderness". In 1964, he tied for fourth place in Zürich. In 1968 in his home town of Bamberg, he tied for second place with Tigran Petrosian who was the world champion at the time, behind Paul Keres, an outcome described by the Oxford Companion to Chess as Schmid's greatest playing achievement. In 1970, he won the Mar del Plata. In 1971, he finished equal second with two others in Adelaide. In 1979, he tied for third place in Lugano. In 1980, he won the fifth edition of the BBC's The Master Game series, ahead of Viktor Korchnoi and Vlastimil Hort. 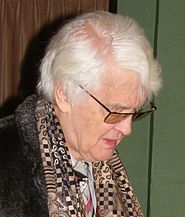 Representing his national team, he also competed for the Clare Benedict Cup on twelve occasions. He won nine gold, one silver, and two bronze medals in the period 1957-73.

Schmid was awarded the IM (International Master) title in 1951, and the GM (Grandmaster) titles in 1959.

Schmid was awarded the International Arbiter (IA) title in 1975. He was the chief arbiter for the Fischer-Spassky 1972, Karpov-Korchnoi 1978, Kasparov-Karpov 1986 World Championship matches, and for Fischer-Spassky 1992 (the 'Revenge Match').

Among the many rare books he owned was one of only ten copies that have survived of the first-ever printed chess manual, published in Salamanca in 1497 viz. "Repetition d'Amores y Arte de Ajedrez" (Repetition of Love and the Art of Playing Chess).