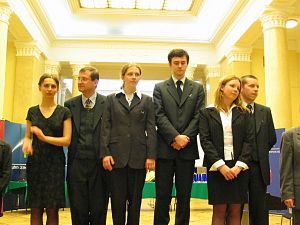 Individual Polish Chess Championship is the most important Polish chess tournament, aiming at selecting the best chess players in Poland. Based on the results of the tournament (mainly), the Polish Chess Federation selects the national and subsequently the olympiad team.