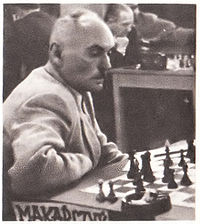 Makarczyk played for Poland in five official and one unofficial Chess Olympiads.

Makarczyk did not play in the 10th Chess Olympiad at Helsinki 1952, because of a decision by the Polish chess authorities.