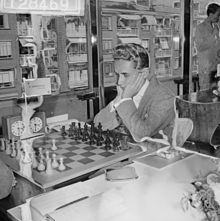 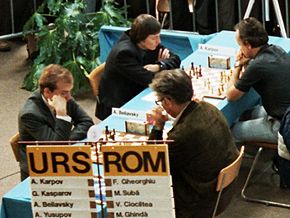 Born in Bucharest, his prodigious talent for the game was evidenced by his many early achievements; he became an International Master in 1963 and Romania's first Grandmaster just two years later. He was also awarded the title of World Junior Chess Champion (on tie-break) in 1963 at Vrnjacka Banja.

Gheorghiu was a lecturer in French at Bucharest University and also speaks English, Russian, German, and Spanish.

Gheorghiu has seldom been regarded a serious contender for the world chess championship title, although he regularly participated in the cycle and at other prestigious events. His placings at four Interzonal Tournaments (world championship qualifiers) confirm that he was not as strong as the world's elite players at the time, but could nevertheless perform consistently well at a high level. At Petropolis 1973 he finished 14th, at Manila 1976 10-13th, Riga 1979 5-6th and twelfth at Moscow 1982. At the Riga Interzonal, he only narrowly failed to qualify for the Candidates Matches. Overall, he participated in 9 zonal and 4 interzonal tournaments.

Gheorghiu is renowned for his success against the reputedly solid Nimzo-Indian Defence. The variation comprising an early f3 for White (which is allied to the Samisch Variation) became his trademark weapon, improving on the games and development work of Lajos Portisch and Gyozo Forintos before him. The system is now referred to as the Gheorghiu Variation in many chess opening manuals and has been employed by tactical experts such as Alexei Shirov.

Here is how Gheorghiu, playing White, beat future world champion Bobby Fischer at the Havana Olympiad in 1966. This was the only competitive game Fischer ever lost to a player younger than himself.