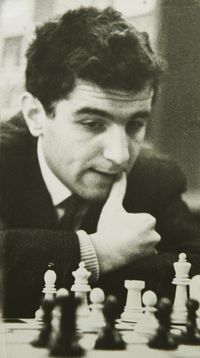 Parma was born in Ljubljana, Slovenia (then Yugoslavia). He first played in the World Junior Chess Championship in 1959, sharing second place. Two years later at age 21 he won the next Junior Championship (The Hague 1961), receiving the title of International Master. FIDE granted him the grandmaster title based on his outstanding performance at the Beverwijk tournament in 1963. He was the third Slovene to become a grandmaster, after Milan Vidmar (1950) and Vasja Pirc (1953). He won the Slovenian Chess Championship in 1959 and 1961 and shared third place with Dragoljub Minić, Milan Matulović, and Bojan Kurajica in the 1968 Yugoslav Championship in Čateške Toplice.

In an international tournament at San Juan, Puerto Rico in 1969 he was second together with two American grandmasters, Arthur Bisguier and Walter Browne, behind Boris Spassky. His best results was shared first with Georgi Tringov in Vršac 1973 ahead of Wolfgang Uhlmann.