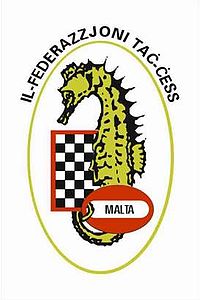 The 24th Chess Olympiad, organized by FIDE and comprising an open and a women's tournament, as well as several other events designed to promote the game of chess, took place between November 20 and December 6, 1980, in Valletta, Malta.

Once again, the defending champions Hungary proved to be a real match for the Soviet favourites. The Hungarians led the table until the last round, but in the end the two teams tied for first place. The Soviet Union had a slightly better tie break score and took back the gold medals after six years. Yugoslavia completed the medal ranks.

The Soviet team was captained by the reigning world champion Karpov (who fell ill during the tournament and didn't perform to his usual standard) and featured a former champion (Tal) as well as a future one: 17-year-old Olympic debutant Kasparov, who in his first appearance took a bronze medal on the 2nd reserve board.

A total of 81 nations played a 14-round Swiss system tournament. To make for an even number of teams, the Maltese hosts also fielded a "B" team. In the event of a draw, the tie-break was decided first by using the Buchholz system, then by match points.

Players in action at the game hall.

42 teams took part in the women's event which for the first time was played as a 14-round Swiss system tournament. In the event of a draw, the tie-break was decided first by using the Buchholz system, then by match points.

Like the open event, the women's tournament proved to be a tight affair between the Soviet Union and Hungary, with the Soviet team, captained by world champion Chiburdanidze, winning by half a point. Poland took the bronze.