Browne was born to an American father and an Australian mother in Sydney. His family moved to the New York area when he was three. Browne moved to California in 1973. 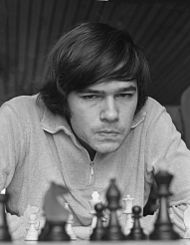 He represented Australia for a short time. He won the 1969 Australian Chess Championship. He tied first with Renato Naranja while representing Australia at the 1969 Asian Zonal tournament in Singapore, earning the International Master title, which immediately earned him an invitation to an international grandmaster tournament in San Juan, Puerto Rico. There, he gained the Grandmaster title by tying for second through fourth places, with Bruno Parma and Arthur Bisguier, behind reigning world champion Boris Spassky.

He played first board for Australia at the 1970 and 1972 Chess Olympiads, before switching to representing the United States in 1974. 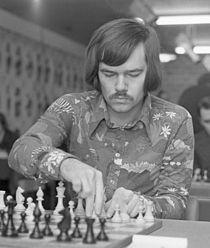 Browne qualified for three Interzonal tournaments, but never came close to qualification for the Candidates Tournament. At the Manila Interzonal 1976, Browne scored 8½/19 for 15th place. At the Las Palmas Interzonal 1982, he placed last of 14 contestants with 3/13. Finally, at the Taxco Interzonal 1985, he scored 6½/15 for a tied 9-13th place.

Browne generally performed well at the Chess Olympiads in his six appearances. He represented Australia twice and the United States four times, winning a total of five medals, all bronze. He scored 55½/86 (+40 −15 =31), for 64.5 percent. His detailed results, from olimpbase.org, follow.

Browne was a dominant presence in American chess in the 1970s and 1980s. Aside from his U.S. Championship wins, he also won the National Open eleven times, the American Open seven times, the World Open three times, and the U.S. Open Chess Championship twice (1971 and 1972).

Browne was inducted into the U.S. Chess Hall of Fame in 2003. He won the U.S. Senior Open in June 2005. In 2012 he published an autobiography and collection of his best games, The Stress of Chess ... and its Infinite Finesse.

On 22 June 2015, Browne played in the 50th Anniversary National Open Chess Championship at the Westgate Resort and Casino in Las Vegas. He tied for 9th-15th. At the 2015 Las Vegas International Chess Festival, Browne also gave a 25-board simultaneous exhibition, a lecture series, and taught a chess camp. That same weekend, Browne took byes in the National Open so he could play in the 2015 Senior Event at the World Series of Poker. He played well, but did not win money.

After a week of chess and poker, Browne stayed at the home of a lifelong friend in Las Vegas, and died in his sleep on 24 June 2015. He was 66. He was survived by his wife of 42 years, Dr Raquel Browne, a clinical psychologist, their three sons, and eight grandchildren.

If Bobby Fischer is the God of chess, I'm the Devil.

Browne tended to spend a lot of his allotted time during the opening moves and early middlegame; consequently he often wound up in time trouble. This sometimes led to mistakes, even though Browne played reasonably well in time trouble; and good play during this phase could unsettle his opponents. A world-class speed chess player, Browne in 1988 formed the World Blitz Chess Association, but it ended in 2004 after encountering financial troubles.

Here is one of Browne's best games, a coruscating brilliancy against International Master Bernard Zuckerman:

Here is another brilliant win, this one against grandmaster Larry Christiansen: