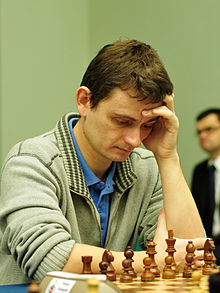 Azarov won the Belarusian championship in 2001 and 2002 (both times in Minsk). In 2002, he shared first place in the Challengers tournament at the Hastings Chess Congress.

At the 2003 U-20 World Championship in Nakhchivan, he finished in second place behind Shakhriyar Mamedyarov. In 2005, he finished second in the Czech Open Tournament with seven points in nine games. In 2006 he won the fifth Istanbul Chess Festival. In 2009, he won the Béthune Open. In the Chess World Cup 2011 he won against Artyom Timofeev in the first round but in the second round he lost to Vugar Gashimov. In 2012, he tied for second place and finished tenth on tiebreak at the European Individual Championship with a score of 8/11, which qualified him to play in the Chess World Cup 2013. Azarov won the 3rd Annual Continental Class Championships in Arlington, Virginia, US in 2012 edging out on tiebreaks Sergey Erenburg. At the Washington International Championship in August 2012 he finished fifth. In 2014, Azarov tied for 1st-2nd with Axel Bachmann in the Cappelle-la-Grande Open; later that year, in October, he tied for 1st-5th with Timur Gareev, Dávid Bérczes, Daniel Naroditsky and Sam Shankland in the inaugural Millionaire Chess Open in Las Vegas.

With the Belarusian national team, he took part in the European Team Chess Championship in 2001 and 2003 and in five Chess Olympiads between 2000 and 2008. At the club level, he played in the European Club Cup in 2001 and in 2003-2007 for Vesnianka Minsk. Since 2009 he has played for the Ukrainian club A DAN DZO & PGMB Luhansk. In Romania, he plays for Sah Club Hidrocon Bacău, in the Czech Republic for BŠŠ Frýdek-Místek, and in Slovakia for ŠK Caissa Čadca.