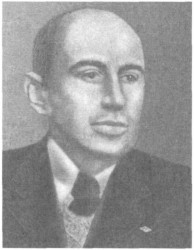 He was awarded the IM title in 1950. His opening theory contributions were mainly in the Sicilian Defence variation which bears his name: 1.e4 c5 2.Nf3 e6 3.d4 cxd4 4.Nxd4 a6. This flexible line has been adopted frequently by top players since 1950, including Anatoly Karpov, World Champion 1975-85, and English Grandmaster Tony Miles. The line is sometimes called the Paulsen Variation in the West, for German Master Wilfried Paulsen, who played it earlier in the 19th century. Kan scored several victories over Botvinnik early in his career; Botvinnik became World Champion 1948-1957, 1958-1960, and 1961-1963.

He is named as the editor of the Shakhmatny Bulletin issue 6.