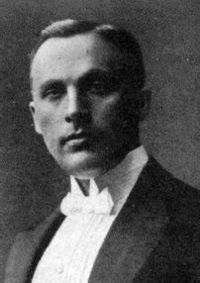 In 1911, he tied for first place in the Kiev championships, and for 9-10th in the Saint Petersburg (All-Russian Amateur) Tournament, won by Stepan Levitsky. In 1912, he took second place, behind Karel Hromádka, in Vilna (Vilnius) (Hauptturnier). In 1913/14, he finished eighth in Saint Petersburg (All Russian Masters' Tournament - eighth Russian championship; Alekhine and Aron Nimzowitsch came joint first).

World War I: Interned in Germany 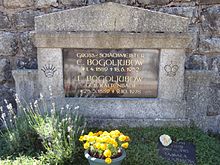 In July/August 1914, he played in the Mannheim tournament (the 19th DSB Congress), and tied for 8-9th in that event, which was interrupted by World War I. After the declaration of war against Russia, eleven "Russian players" (Alekhine, Bogoljubow, Fedor Bogatyrchuk, Alexander Flamberg, N. Koppelman, Boris Maliutin, Ilya Rabinovich, Peter Romanovsky, Peter Petrovich Saburov, Alexey Selezniev, Samuil Weinstein) from the Mannheim tournament were interned by Germany. In September 1914, four of the internees (Alekhine, Bogatyrchuk, Saburov, and Koppelman) were allowed to return home via Switzerland. The remaining Russian internees played eight tournaments, the first held in Baden-Baden (1914) and all the others in Triberg (1914-17). Bogoljubow took second place, behind Alexander Flamberg, in Baden-Baden, and won five times in the Triberg chess tournament (1914-16). Durıng World War I, he stayed in Triberg im Schwarzwald, married a local woman and spent the rest of his life in Germany.

In 1924, Bogoljubow briefly returned to Russia, which had since become the Soviet Union, and won consecutive Soviet championships in 1924 and 1925. He also won at Breslau (Wrocław) 1925, and in the Moscow 1925 chess tournament, ahead of a field which included Emanuel Lasker and José Raúl Capablanca.

He represented Germany at first board in the 4th Chess Olympiad at Prague 1931, winning the individual silver medal (+9 −1 =7).

World War II and after

He was awarded the title International Grandmaster by the World Chess Federation (FIDE) in 1951.