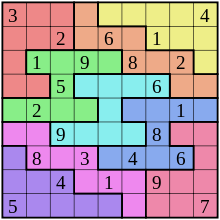 A nonomino or Jigsaw Sudoku puzzle, as seen in the Sunday Telegraph

The 1,285 free nonominoes can be classified according to their symmetry groups: 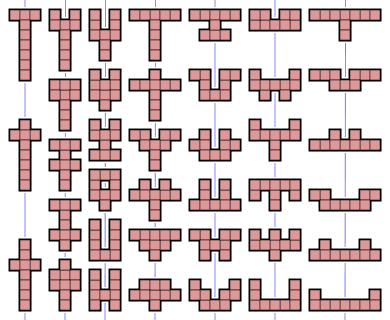 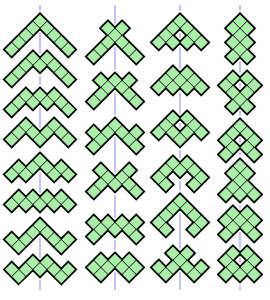 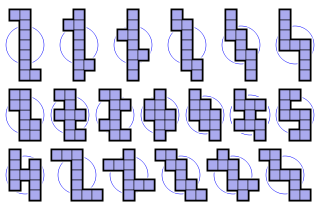 Unlike octominoes, there are no nonominoes with rotational symmetry of order 4 or with two axes of reflection symmetry aligned with the diagonals. 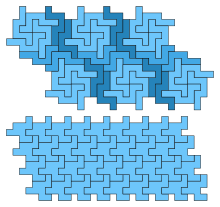 37 nonominoes have holes. Therefore a complete set cannot be packed into a rectangle and some admit no tilings. However, 1050 free nonominoes (all but 235) do admit tilings; of the tiling nonominoes, all but two of them form a patch of at least one tile satisfying the Conway criterion, the two exceptions shown to the right. This is the lowest order of polyomino for which such exceptions exist.
One nonomino has a two-square hole (second rightmost in the top row) and is the smallest polyomino with such a hole.