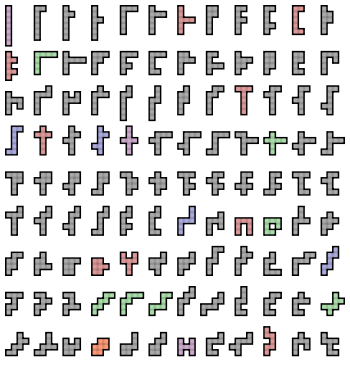 The figure shows all possible free heptominoes, coloured according to their symmetry groups: 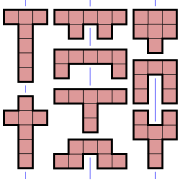 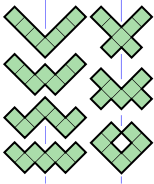 Heptominoes incapable of tiling a plane, including the one heptomino with a hole.

Although a complete set of the 108 free heptominoes has a total of 756 squares, it is not possible to tile a rectangle with them. The proof of this is trivial, since there is one heptomino which has a hole. It is also impossible to pack them into a 757-square rectangle with a one-square hole because 757 is a prime number.