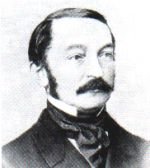 Influence on the game

Several details of the game's moves and competition rules had not yet been universally agreed in Bledow's time, and some were still being debated in 1851. Bledow, influenced by Karl Schorn, agreed that a player should be allowed to have multiple queens (as a result of pawn promotions), so that chess rules in Germany fell in line with the French and English way of playing. He also argued strongly in favour of the touch-move rule.

Bledow wrote a letter to Tassilo von Heydebrand und der Lasa (usually abbreviated as "von der Lasa") proposing that an international tournament should be organized in Trier; the letter was printed in the Deutsche Schachzeitung in 1848, about 2 years after Bledow's death. Bledow intended that the winner of the proposed tournament should be recognized as the world champion: "Next year we will hopefully see each other in Trier, and until then the winner of the battle in Paris should not be overly proud of his special position, since it is in Trier that the crown will first be awarded." ("battle in Paris" means the 1843 match between Howard Staunton and Pierre Charles Fournier de Saint-Amant). News of this may have stimulated Staunton to organize the London 1851 chess tournament, which was in fact the world's first international chess tournament.

In 1851 the surviving members of the Berlin Pleiades nominated Adolf Anderssen to represent Germany at the London 1851 chess tournament. As a result of winning the 1851 tournament Anderssen was widely recognised as the world's strongest player. In fact Hugh A. Kennedy, who played in the tournament and helped to organize it, wrote before the event started that the contest was "for the baton of the World's Chess Champion".

Assessments of Bledow's playing strength have to rely mainly on the comments of his contemporaries, as Bledow seldom recorded the moves in his games. Various sources, including Schachzeitung der Berliner Schachgesellschaft and correspondence by Tassilo von Heydebrand und der Lasa, indicate that Bledow:

This information is insufficient to justify proclaiming Bledow as the strongest player of the mid-1840s, but he would deserve serious consideration as a contender.

An 1860 article in the Atlantic categorizes Bledow as a "closed" player (like François-André Danican Philidor, Staunton, Harrwitz, Slous, Bernhard Horwitz and Szén) rather than a "heroic" player (such as Labourdonnais, Morphy, Anderssen, Carl Mayet, Max Lange, von der Lasa, Serafino Dubois, Saint Amant, Mongredien, Johann Löwenthal and several others). Bledow's surviving games support this to some extent - for example he prefers the Giuoco Piano to the Kings Gambit, and plays the Dutch Defense against 1.d4.