Rook and bishop versus rook endgame

The rook and bishop versus rook endgame is a chess endgame where one player has just a rook, bishop and king, and the other player has only a rook and king. It has been studied many times through the years. This combination of material is one of the most common pawnless chess endgames. It is generally a theoretical draw, but the rook and bishop have good winning chances in practice because the defense is difficult. Ulf Andersson won the position twice within a year, once against a grandmaster and once against a candidate grandmaster; and grandmaster Keith Arkell has won it 18 times out of 18 (Hawkins 2012:193). In positions that have a forced win, up to 59 moves are required (Speelman, Tisdall & Wade 1993:382). Tony Kosten has seen the endgame many times in master games, with the stronger side almost always winning (Kosten 1987:11). Pal Benko called this the "headache ending" (Benko 2007:154). 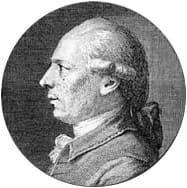 In 1749 François-André Danican Philidor (1726-1795) published a position in which the superior side can force a win. Giambattista Lolli (1698-1769) studied a similar position with a forced win. On the other hand, there are several drawing techniques possible if a winning position such as the Philidor position has not been reached. The Cochrane Defense was discovered by John Cochrane (1798-1878), the Szén position was discovered by József Szén (1805-1857), and there is the second-rank defense. Other winning and drawing positions were studied by Tassilo von Heydebrand und der Lasa, Josef Kling and Kuiper, and André Chéron (Nunn 2002:178-86).

Many of the longest chess games on record involve this endgame since at one time the fifty-move rule under which a draw could be claimed after fifty moves with no capture was extended to one-hundred moves for this combination of material. For example, the longest tournament game on record is a 269-move game by Ivan Nikolić and International Master Goran Arsović. The last 103 moves had this material and the game ended in a draw.

This famous position was studied by and named after François-André Danican Philidor. White wins because his king has reached the sixth rank and the black king is poorly placed (opposite the white king) (Howell 1997:148-50). If this type of position arises, it is usually because of inferior defense. Nevertheless, it is tricky to win (Nunn 2007:163).

The winning method is as follows:

threatening to switch the rook to the other side and checkmate.

This idle move maintains the necessity of the black rook on the e file, forcing it to its next best position on e1. White will take advantage of this on move 5.

The winning line only works if the white rook is on b7 or f7.

This is the key idea. It forces the black rook to the inferior third rank while preventing 5...Rd1+. Black is in zugzwang.

Stopping the check on d3 and cutting off the rook entirely.

This is an exercise in domination of the black rook.

This winning position was discovered by Giambattista Lolli (Benko 2007:154). The position is one rank or file closer to the edge of the board than the Philidor position, so the winning method is slightly different. Switching the attacking rook to the other side of the king is no longer dangerous (Nunn 2002:180-81).

Accurate play is required for the defense. The defense is most effective near the center of the board, and does not work on the edge (Nunn 2002:174ff). The Cochrane Defense works when:

The Cochrane defense can also be used with a rook against a rook and knight (Howell 1997:150).

Budnikov vs. Novik
Cochrane defense. Black to move, draw with either side to move.

The defense is most effective near the center of the board. In this position, if the pieces on the e-file were moved to the f-file, then if 1. Ke5 the response 1... Kg8, puts the black king dangerously close to the corner (Nunn 2007:161ff).

In this position from a 1991 game between Alexandar Budnikov and Maxim Novik, White would like to get his king to d6 and bishop to d5, to win by a method of Philidor (see Philidor position) - however the pin of the bishop to the king prevents it. If White plays 1. Kd5 or 1. Kf5 then Black moves his king in the opposite direction, so if the bishop then moves, the black rook cuts off the white king (Nunn 2002:174ff).

There are some key ideas for the defender to observe:

The Cochrane Defense was also used in this 1982 game between Ljubomir Ljubojević and Lajos Portisch. The Cochrane position occurred again on move 114, rotated 90 degrees. The game was drawn on move 127 (Benko 2007:98).

The "second-rank defense" is a passive defense with the defending king and rook on a rank or file one over from the edge of the board (e.g. the second or seventh rank or the b or g file). The method is reliable but it is possible to go wrong, especially if the defending king is near the corner (Nunn 2009:201).

Norri vs. Atalik
White to move

The defending king can be driven to the edge of the board but then the attacker's rook is under attack, so the king cannot approach.

The second-rank defense was used by 16-year-old Magnus Carlsen in this 2007 game against Loek van Wely.

White was in zugzwang and had to temporarily leave the second rank.

and the king is back to the second rank. The game continued and the position on move 74 was a reflection of the position on move 66. On move 80 the same defense was set up on the b-file. Black could make no progress and the game was drawn after 109 moves (Nunn 2009:200).

József Szén discovered the Szén position, a defensive drawing position. The kings are opposite in an L-shape and the weaker side's rook defends on the side of his king that has more room (Benko 2007:99). Szén's position is the most important for over-the-board players. Compared to the Philidor Position, the kings are not opposite each other and the defending rook can prevent checkmate. The position is a draw only if there is enough room for the defending king on the side with the rooks (Nunn 2002:183-84).

An example of this defense being used in a game is this 1982 one between József Pintér and Yuri Razuvayev. After 88 moves, the position had a rook and bishop versus a rook. The diagram shows the position after 101. Kd1!, reaching the Szén position. On the 132nd move, White reached a Szén position for the fourth time. The game was drawn on the 138th move (Benko 2007:98-99).