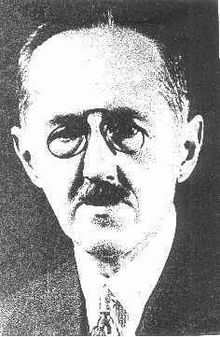 Treybal was born in Kotopeky, a village to the southwest of Prague in central Bohemia. He trained as a lawyer and became chairman of the district court in Velvary, a small town on the opposite side of Prague. Although he played chess as an amateur, Treybal was a master who participated in several major international chess tournaments. He was a younger brother of František Treybal who was also a prominent Czech chess player.

He played for Czechoslovakia in three Chess Olympiads.

Treybal died during the Nazi occupation of Czechoslovakia. On May 30, 1941, he was arrested, imprisoned and later charged with concealing weapons for use by resistance forces and the illegal possession of a pistol. It is not known whether these charges had any foundation. He was condemned to death and executed on October 2. Following his execution, his body was not handed over to his family and whereabouts of his grave or remains are unknown.

In 1945, a tribute to Treybal appearing in the Czech chess magazine Šach stated that Treybal had been executed without trial and had "never occupied himself with politics". Prokeš, following Treybal's death, published a monograph on him in 1946.