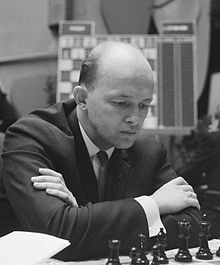 Nei was awarded the International Master (IM) title in 1964. He was one of Boris Spassky's seconds (along with Efim Geller and Nikolai Krogius) for the 1972 Fischer vs. Spassky World Championship match. He went on to become a trainer, teaching such grandmasters as Lembit Oll.