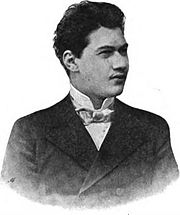 In 1908, Emanuel Lasker engaged Simon Alapin and Wolf as seconds (first introduction of seconds in world championship play) for the WCC match against Tarrasch, held in Düsseldorf and Munich.

Wolf was a victim of the Nazis.