In earliest international competition he was a joint winner at Decin 1974, shared first place (with Lev Polugaevsky) at Sochi 1976 and won category 8 tournaments at Le Havre 1977 and Cienfuegos 1979. At Novi Sad in 1979, he shared second prize with Efim Geller behind Florin Gheorghiu. At Wijk aan Zee in 1981, he shared 3rd place and in 1983 was (joint) Champion of Moscow.

In team chess, he was selected as a reserve for the Soviet side participating at the Moscow 1977 European Team Chess Championship. Although only an International Master at the time, he registered an 80% score, winning individual and team gold medals. Representing Latvia at the Chess Olympiads of 2004 and 2006, he has lost only twice in 22 games.

His Elo rating in October 2007 was 2494, but has in recent times been much higher. He is respected by his peers as a deep and original thinker and a master tactician. He won the Latvian Chess Championship in 2003 and 2010.

Now living in Riga, he has a chess-playing son, Vladimir, who has been awarded the International Master title.

A critic of the system 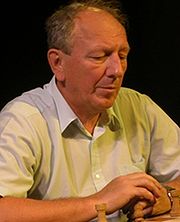 Known as one of the most outspoken and controversial Grandmasters on the circuit, Sveshnikov has in recent years been linked with player revolts over the handing in of gamescores. It is of course accepted practice that players submit copies of their gamescores to tournament organisers and these games later appear on the internet, in books, magazines and in database programs. Whilst the benefits to the development and popularisation of chess are obvious, Sveshnikov insists that it is not in the best interests of chess professionals to allow this to continue.

Most fundamentally, it is very difficult for chess players to earn a living; he speaks of many chess players in Russia and the Baltic States suffering severe depression and in some cases committing suicide. Georgy Ilivitsky, Alvis Vitolins, Karen Grigorian, Lembit Oll and Alexey Vyzmanavin are prominent examples.

He contends that gamescores are the labours and intellectual property of the two players concerned and therefore copyright permissions and royalty fees should apply. It is morally corrupt, he argues, that only authors, editors and owners of Chess Publishing Houses profit from the publication of gamescores. Effectively, players are even prevented from producing an exclusive book of their own best games as an investment for their retirement. He has also questioned the wisdom of handing over such detailed information to future opponents, who will utilise databases to improve their chances of victory, regardless of original thought or chess playing ability.

The Sveshnikov Variation after 6...d6

It is however the work that Sveshnikov did with his close friend Grandmaster Gennady Timoshchenko during the 1960s and 1970s that bears greatest testimony to his chess achievements.

Previously known as the Lasker-Pelikan variation of the Sicilian Defence, Sveshnikov's system was considered of dubious merit until he transformed it into an exciting and fully playable opening. The balance between winning and losing is often on a knife edge, making it an attractive proposition for black players seeking the full point. Mark Taimanov, in an interview, described it as chess opening theory's "last great discovery". That it is now regularly played by the world's leading Grandmasters, supports this view. Vladimir Kramnik and Valery Salov are regarded as expert practitioners of the Sicilian Sveshnikov (categorised by the moves 1.e4 c5 2.Nf3 Nc6 3.d4 cxd4 4.Nxd4 Nf6 5.Nc3 e5 - the Sveshnikov 'proper' continuing 6.Ndb5 d6), but Kasparov, Shirov, Leko and Khalifman have also enjoyed success. The opening is rich in its tactical possibilities and despite being subjected to deep analysis, continues to flourish with new ideas being regularly unearthed. Sveshnikov has authored a comprehensive book on this variation, modestly titled The Sicilian Pelikan.