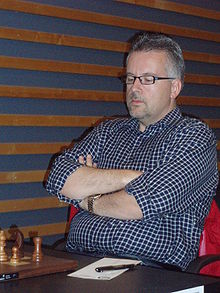 In 2001 he was equal first with Vladimir Chuchelov in the colossal Cappelle-la-Grande open (702 players, with 92 Grandmasters and 72 International masters).

Gausel's playing style is mostly positional and strategic. With White he usually opens with 1.d4, 1.c4 or 1.Nf3. With Black against 1.e4 he often plays solid openings like the Caro-Kann Defence, but has also played more adventurous lines such as the Center Counter Defence. Against 1.d4 Gausel often plays the Slav or Semi-Slav Defense.