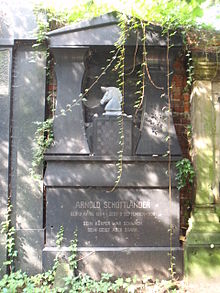 Grave of Arnold Schottländer at Old Jewish Cemetery in Breslau

Born in Münsterberg (now Ziębice), Silesia, he was one of the chess pupils of Adolf Anderssen.

He is buried in the Jewish cemetery of Breslau.