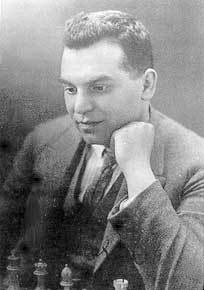 The Réti endgame study is a chess endgame study by Richard Réti. It was published in 1921 in Kagans Neueste Schachnachrichten. It demonstrates how a king can make multiple threats and how it can take more than one path to a given location, using the same number of moves. It is arguably the most famous endgame study and is covered in many books on the endgame (see chess endgame literature). The procedure is known as the "Réti Maneuver" or "Réti's Idea" (Müller & Pajeken 2008:32-33), (Nunn 2007:118-19), (Dvoretsky 2006:26). Endgame composer Abram Gurvich called the theme "The Hunt of Two Hares" and it appears in many other studies and games (Müller & Lamprecht 2007:39). It is also called "chasing two birds at once" (Dvoretsky 2006:26).

White is to move and draw in this position. At first inspection, it appears that White has no hope in drawing. His king is well outside the "square" of the black pawn (see king and pawn versus king endgame) and the king is a long way from supporting his own pawn. However, White can draw by making king moves that have two purposes. One goal is getting in the square of the black pawn, so it can be intercepted and the other is getting to the d6 square to support the promotion of his pawn.

The black king will have to spend two tempi to stop the white pawn from promoting, and this is the number of tempi the white king needs to gain in order to get into the square of the black pawn.

de la Villa, page 179
Number of ways for the white king to get to squares in the minimum number of moves

The second diagram shows the number of ways that the white king can get to various squares in the minimum number of moves. There are nine ways to get to d6, but only one of them allows him to get into the square of the black pawn.

The solution is for the white king to follow the path on the diagonal marked by "1" and then follow the dots to intercept the black pawn (if necessary):

Another study with the same idea

Réti used the same idea in another study. The solution is:

In this game between Frederick Yates and Frank Marshall, Black draws using the same idea:

In this 1914 game between World Champion Emanuel Lasker and Siegbert Tarrasch, Black exchanged down into this position because he thought it was a win, but White used the maneuver above to draw the game.