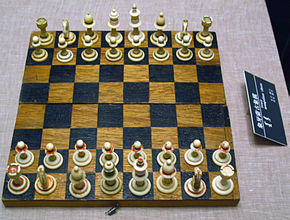 The rules are similar to standard chess; the differences being that:

Hiashatar is a medieval chess variant played in Mongolia that is not as popular as shatar. The game is played on a 10x10 board. The pieces are the same as in shatar with the following exceptions: