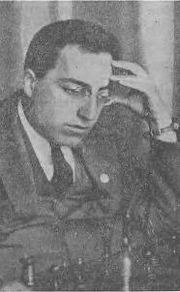 In June 1919, Alexander Alekhine was arrested by the Cheka and imprisoned in Odessa. He was charged with anti-Soviet activity and passing on secret information. He was ordered shot, but saved by Yakov Vilner, who sent a telegram to the chairman of the Ukrainian Council of People's Commissars. The chairman knew of Alekhine and ordered him freed.