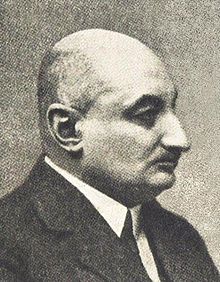 Born in Troppau (Opava), then Austrian Silesia, as the son of an Austrian officer, although his family lived in Frankfurt am Main, he graduated from states military academies at Graz (Austria) and Hanau (Germany). During World War I, he fought in eastern front, where he was captured by Russians, and as a prisoner of war, was sent to Khabarovsk in Russian Far East. In winter 1917/18 he escaped from the camp.