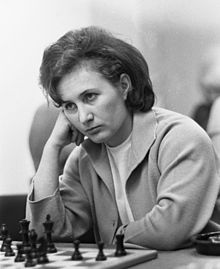 Kozlovskaya won the Women's Soviet Chess Championship in 1965. She came second in the 1967 Women's Candidates Tournament. In the same year she placed second to Nona Gaprindashvili in a women's international tournament at Kiev. She won the gold medal at the Chess Olympiad in Havana 1966.

Kozlovskaya is a biochemist by profession and her main hobby apart from chess is classical music.

She is the widow of Grandmaster Igor Bondarevsky.