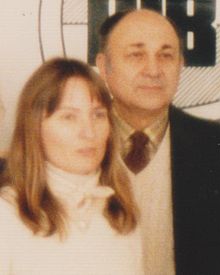 He played in 1st European Individual Chess Championship (Europameisterschaft) at Munich 1942, and tied for 7-8th in Wertungsturnier (Qualification Tournament, Gösta Danielsson won) there. In 1946, he was awarded a Romanian chess master title.

Samarian was the author of the 1974 book "The Queen's Gambit Declined" published in English in 1974 by Chess Digest, Inc., Dallas Texas. The book was translated by Grev Corbett and Patrick Miles and has no ISBN number.