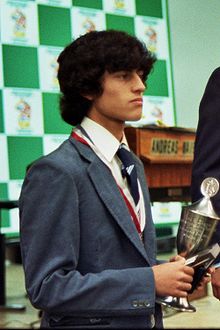 Morovic was born in Viña del Mar, Chile. He began to play chess at age 9. At age 22, he became the first Chilean to hold the title of International Grandmaster. He won the Chilean Chess Championship in 1981. His best tournament participation was in 1993, when he won the Las Palmas, España, with an excellent performance ahead of stars like Anand (draw with him), current world chess champion.