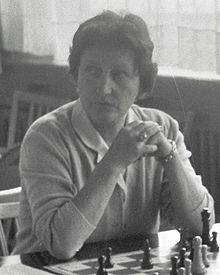 She played thrice for West Germany at first board in Women's Chess Olympiad:

Rinder was awarded the WIM title in 1957. She had a son, Gerd (who played chess to a good level and was Bavarian Champion in 1960) and a daughter. Prior to her marriage, she studied singing and the piano.