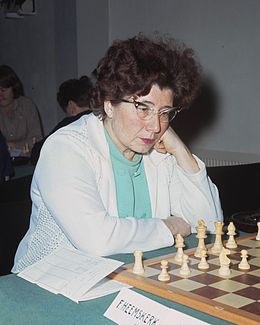 She played in the first Women's Chess Olympiad at Emmen 1957 - but had to withdraw after only two days upon learning her father had died.

In January 1940 Heemskerk married FIDE Master Willem Koomen and soon gave birth to a daughter. The marriage broke up in 1944.