Bruce Pandolfini (born September 17, 1947) is an American chess author, teacher, and coach. A USCF national master, he is generally considered to be America’s most experienced chess teacher. As a coach and trainer, Pandolfini has possibly conducted more chess sessions than anyone in the world. By the summer of 2015 he had given an estimated 25,000 private and group lessons. 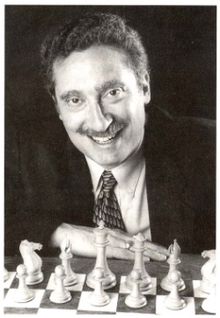 In his books and columns he has explained his methodology for individual instruction, indicating that it consists of four basic parts.

The latter he achieves by relentlessly posing relevant questions, until the student absorbs the process of determining reasonable options and making logical choices.

Starting in the 1980s, Pandolfini identified and filled a role producing books especially for novices and intermediate players. His books have been influential and continue to be steady best sellers. While being one of the first chess writers in America to rely on algebraic chess notation, Pandolfini created and/or popularized a few other innovations in instructional chess writing. It had been common for chess authors to list several moves before showing a diagram. Pandolfini realized beginning players struggle with that format. Most of his books display larger diagrams, often with verbalized explanations (instead of a mere series of notated chess moves), so that beginning and casual players can examine chess games with greater ease and comprehension. Another aspect to Pandolfini’s teaching is his reliance on short, pithy, often counterintuitive statements to seize the student’s attention and stimulate imagination.

Pandolfini was born in Lakewood, New Jersey and grew up in Brooklyn, New York. His interest in chess was first realized when he was not quite fourteen. He was browsing in a public library, when he came upon the chess section. There were more than thirty books on the shelf, and they all seemed fascinating to him. The library permitted an individual to take out a certain number of books at a time. Pandolfini took out an initial batch of six books and then went back enough times that day to clear out the entire section. Then he skipped school for a month, instead immersing himself in the withdrawn books.

Although Pandolfini hadn’t played in many tournaments, he reached chess master strength by his late teens. His long and prolific chess-teaching career, however, didn’t begin until immediately after Bobby Fischer won the World Chess Championship in 1972 from Boris Spassky in Reykjavik, Iceland, while Pandolfini was still working at the Strand Bookstore in Greenwich Village. During the match Pandolfini became an analyst for the PBS coverage. He served as an assistant to Shelby Lyman, the show’s insightful moderator, and at the time, America’s top chess teacher. It was Lyman who encouraged Pandolfini to pursue chess teaching as a career, and that’s what he soon did.

Starting with private instruction and small seminars, Pandolfini, with George Kane and Frank Thornally, formed U. S. Chess Masters, Inc. (or USCM), an educational organization that structured systematized programs to a wide range of players. In 1973 the same group began teaching chess classes for credit at the New School for Social Research, the first such courses ever offered in America. Pandolfini would remain on the faculty of the New School until 1991.

Through the years, and while maintaining an active private practice, Pandolfini also taught chess and lectured on the game in many different schools and clubs, including the Shelby Lyman Chess Institute, Stuyvesant High School, Lehman College, New York University, Hunter College, the Harvard Club, the University of Alabama, the New York Athletic Club and the Rockefeller Institute. 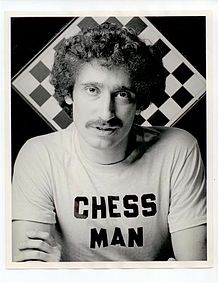 In the 1980s Pandolfini’s career took different turns. From 1980-1981 he was a spokesperson for Mattel Electronics, with his picture appearing on the box of Mattel’s initial version of a computer chess game. During those same years Pandolfini became the director of the Chess Institute at the Marshall Chess Club, heading a staff of 23 teachers and masters. At about the same time, Pandolfini developed his longtime relationship with Simon & Schuster, creating the Fireside Chess Library in 1983. In addition to his S & S involvement, Pandolfini published a number of books with Random House and several other publishers.

Several years later, Pandolfini was featured in Fred Waitzkin’s revealing book "Searching for Bobby Fischer" (1988), a perceptive narrative on his talented son Josh and Josh’s successes in the world of children’s chess. The book would later become a Paramount film (1992) of the same title, in which Pandolfini, Josh’s real-life teacher, was portrayed by award winning actor Ben Kingsley. Pandolfini was the film’s chief chess consultant, training the actors and creating the scenario chess positions. Subsequent films Pandolfini consulted on were "Fresh" and "The Assassins."

In 1990, Pandolfini was the chief commentator at the New York half of the Garry Kasparov-Anatoly Karpov World Chess Championship Match. Later that same year, he was the head coach of the American delegation to the World Youth Chess Championships in Fon-du-lac, Wisconsin. In addition to co-creating the Chess-in-the-schools program for public schools, Pandolfini has been associated with various private institutions, including long-time relationships with Trinity, Browning, Dalton, and Berkeley Carroll.

In 2011 Pandolfini was elected to the American Chess Journalist’s Hall of Fame, and in 2012, he was named as Chess Educator of the Year by University of Texas at Dallas.

Not only has Pandolfini relied on terse, often epigrammatic phrasings of principles, he typically provides useful constructs for remembering and reinforcing them. One aspect that Pandolfini has codified nicely concerns planning, an area of chess thinking with which students tend to have difficulty. Indeed, in choosing plans, students often opt for courses of action opposed to what they should be doing. For example, students thoughtlessly complicate when they should be simplifying or simplify when they should be complicating. The following chart, from "Pandolfini’s Chess Complete," is an example of his use of classification to enable students to recall and access basic chess strategies.

Enemy Problem - Do This Against It:

Pandolfini has written a monthly column for the magazine Chess Life titled "The ABC's of Chess" since 1979. This column once featured endgame lessons, then monthly tutorials on openings, but since the early 1990s has evolved into "Solitaire Chess," an instructional column inviting readers to guess the moves played in a single chess game. Pandolfini also has written regular features for the Chess Cafe ("The Q & A Way") and Chess.com, both of which offer online services. But it is as an author of chess books that his writings are perhaps best known. Pandolfini has to his credit more than thirty titles on the game of chess.

List of Books, APPs, Videos, and DVDs by Pandolfini

1985 One Move Chess By The Champions (Fireside Chess Library)

1992 Pandolfini's Chess Complete: The Most Comprehensive Guide to the Game, from History to Strategy (Fireside Chess Library)

1994 Chess Target Practice: Battle Tactics for Every Square on the Board (Fireside Chess Library)

2003 Every Move Must Have A Purpose: Strategies From Chess For Business And Life (Hyperion)

2003 Every Move Must Have a Purpose: Strategies From Chess For Business And Life (Listen and Live Audio, Inc.)

2010 The Rules of Chess (Russell Enterprises)

"Playing chess gives us a chance to start out life over again, and this time, no one has more money than us, no one is more beautiful, no one lives in a better neighborhood, and we all go to the same school. Other than having the first move (and this benefit is shared equally) no one starts with any unfair advantage." (Chess Life magazine)

"Chess is art. Chess is sport. But it's also war. You have to master on the order of a hundred thousand different chess ideas and concepts, patterns of pawns and pieces. That takes work. And you're going to lose a lot of games in the process, so you'll have to be able to make your peace with that, which isn't easy. Because there is no luck involved in the game, you have to face the fact that you lost because your opponent outwitted you. Ninety per cent of my students give up on tournament chess when they get into junior high school and the main reason is that they can't stand losing." (New Yorker Interview, 6-4-01 p. 73))

"If you rely on your own judgment, either of two good things will happen. Either you’ll be right, and succeed, or you’ll be wrong, and learn something." ("Let’s Play Chess", 1980)

"We don't really know how the game was invented, though there are suspicions. As soon as we discover the culprits, we'll let you know." (Chess Cafe, 2004)

"Chess is a creative process. Its purpose is to find the truth. To discover the truth, you must be uncompromising. You must be brave."

"After 1972, we lost so many great pieces of art. Hundreds of masterpieces he would have created if he had stayed a sane being. We feel the great loss. All chess players do." (On Bobby Fischer’s estrangement from competitive chess, NY Times, Quote of the Day, 2012)

"Play as if the future of humanity depends on your efforts. It really does." ("Every Move Must Have A Purpose," Hyperion, 2003, his final advice to students)