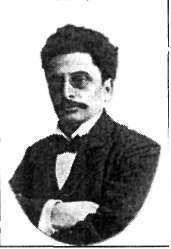 He organised several chess contests in Berlin at the end of World War I. Four grandmasters (Emanuel Lasker, Akiba Rubinstein, Carl Schlechter and Siegbert Tarrasch) participated in the strongest event. It took place in the Kerkau-Palast from 28 September until 11 October 1918.

Kagan was an author of series of chess monographies (among others on prodigy Samuel Reshevsky, Samuel Rzeschewski das Schachwunderkind, Berlin 1920). He published Kagans Schachkatalog from 1917 to 1927, and was an editor of the quarterly (later monthly) magazine Kagans Neueste Schachnachrichten (Kagan's latest chess news) from 1921 to 1932. Many of the great tournaments of the period appeared in supplements to the magazine.