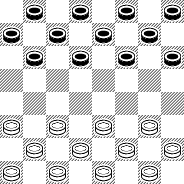 Brazilian draughts (or Brazilian Checkers) is a variant of the strategy board game draughts. Brazilian Checkers follows the same rules and conventions as International draughts, the only differences are the smaller gameboard (8x8 squares instead of 10x10), and fewer checkers per player (12 instead of 20).

All moves and captures are made diagonally. All references to squares refer to the dark squares only. The main differences from English draughts are: pieces can also capture backward (not only forward), the long-range moving and capturing capability of kings, and the requirement that the maximum number of men be captured whenever a player has capturing options. 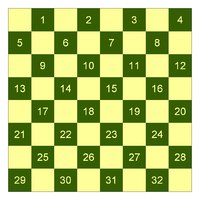