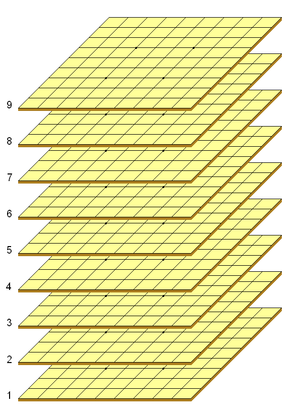 Space Shogi was included in World Game Review No. 10 edited by Michael Keller.

Space Shogi follows standard shogi conventions, including the same types and numbers of pieces, and a similar initial setup. All the normal shogi rules apply, including drops, promotion, check, checkmate, and impasse. But pieces have the freedom of three-dimensional movement.

Black starts the game occupying levels 1 through 3; White starts on levels 9 through 7. 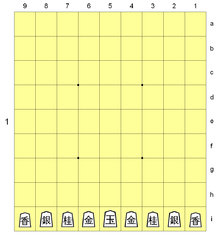 Black's level 1 (and White's level 9, rank a) starting setup. Unlike standard shogi, the silver is placed between the lance and the knight (8i and 2i in the diagram). 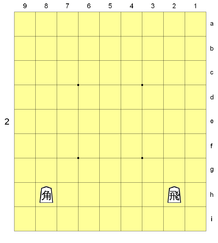 Black's level 2 (and White's level 8, rank b) starting setup. The bishop and rook occupy the same positions as in standard shogi. 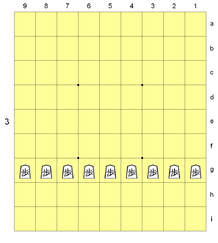