Hexshogi is a shogi variant for two players created by George R. Dekle, Sr. in 1986. The gameboard comprises 85 hexagonal cells. The game is in all respects the same as shogi, except that piece moves have been transfigured for the hexagonal board-cell geometry.

Hexshogi was included in World Game Review No. 10 edited by Michael Keller.

Hexshogi has the same types and numbers of pieces as shogi, and all normal shogi rules apply, including a similar initial setup (see diagram), drops, promotion, check, checkmate, and impasse. As in shogi, pieces capture the same as they move. But the hexagonal geometry implies special move patterns for the pieces. 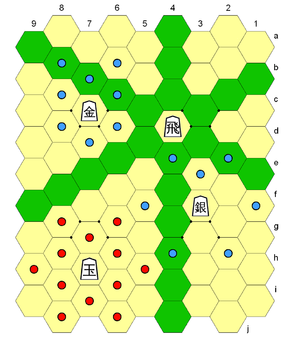 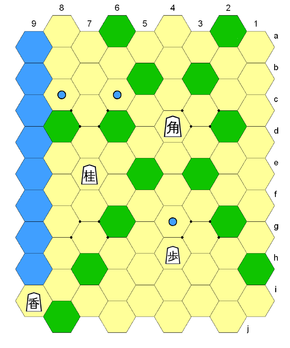