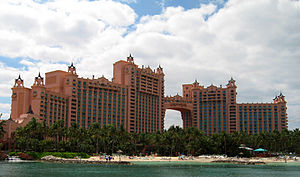 Since 2005, the event has been held at the Atlantis Casino and Resort on Atlantis Paradise Island

In 2004, the event took place on the Royal Caribbean Voyager of the Seas cruise ship. Since 2005 the event has taken place at the Atlantis Casino and Resort on Atlantis Paradise Island.

The 2011 PCA commenced on January 4, 2011. Over fifty events took place over ten days, including the main event with an estimated prize pool of $20 million. Players either buy into the main event directly for $10,300, or they may win their way into the event via satellites running on PokerStars and at the event. The main event final table was aired live on ESPN2, featuring commentary by James Hartigan and Daniel Negreanu.