Poker played with three cards dates back to the origins of the game of poker. As a result, it's as unclear as the origins of poker, but includes the 16th century British card game of Brag. Rules for three card poker are included in Hoyle's Rules of Games (Second Revised Edition) from 1983 along with a hi-low variant.

Three card poker (TCP) is a poker variant played in casinos. In common with other such games, it can also be played in other formats, such as in online gambling on the internet. It is the most profitable proprietary table game ever when measured by win generated for casinos or by revenue generated for the rights owners.

The History of Three Card Poker 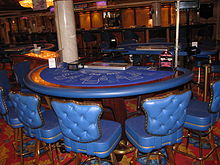 The casino variant of Three Card Poker was first "invented" by Derek Webb in 1994. He had a vision for a game that combined the excitement of poker and the speed of regular casino games. It was important to Webb that he got the mix of three important factors for any casino game correct; the game rules were easy to understand, the payouts were large enough to attract players and the house edge was enough that casino owners would be interested in adopting the game.

Webb established a marketing entity called Prime Table Games. in an attempt to market the game in both the USA and Great Britain. The British Casino Association, now known as the National Casino Industry Forum (NCiF) suggested that Webb gain some experience in the US first, since the United Kingdom had regulations against such a table game and his application was not strong enough to convince regulators to make significant changes to their rules and regulations for a new game.

The first man to adopt the game was Vice President of Grand Casino Gulfport (Mississippi), Barry Morris, after Webb had unsuccessful sales pitches with casino owners in Reno, Las Vegas and Atlantic City. Webb sealed the deal with Morris after agreeing to train the dealers in his casino at no extra cost. Webb stood by the tables for hours daily, enticed punters to play and taught them the rules whilst making sure the dealers were dealing the game correctly.

Prime Table Games continued marketing Three Card Poker until 1999, when Shuffle Master acquired the rights to the game outside the British Isles. United Kingdom gambling regulations were changed to allow the introduction of Three Card Poker in 2002.

Three Card Poker incorporates two modes of play. The Ante and Play wagers play in competition on the player hand against the dealer hand. The Pair Plus® wager is paid on a pay scale basis that the player hand will be a pair or better. In most casinos both the Ante and the Pair Plus are optional, but there are some casinos in which the Ante is mandatory. After all Ante and Pair Plus wagers are placed, three cards are dealt to each player and the dealer. Players that have placed the Ante wager have a choice to either fold or continue in the game by placing a Play wager equal to the Ante. Hands are then exposed and wagers resolved. The dealer hand must be Queen high or better for the dealer hand to play.

Probability of Queen high or better is 69.59%

House advantages vary according to the pay scale used:

Ante and Play house advantage assumes the player plays optimum strategy against the dealer which is to make the Play wager with a Queen-6-4 or better. There is less pay scale variation on the Ante Bonus than on the Pair Plus with following being by far the most common.

Some venues have added a wager called Prime in United Kingdom casinos and the game is known as Prime Three Card Poker. The Prime wager is optionally placed before cards are dealt and pays on the color of the player cards. If all three cards are the same color the payoff is 3 to 1. However when included with the dealer hand if all six cards are the same color then the payoff is increased to 4 to 1. The house advantage on this wager is 3.62%.

Another variation is 'six card bonus', in which the players are given a payout based on the best five-card poker hand that can be made using any combination of the player's three cards and the dealer's three cards. Payoff ranges from 5 to 1 for three of a kind to 1000 to 1 for royal flush. Payoffs are paid regardless of whether the pair plus or ante bets pay.