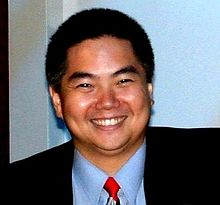 A promoter, organizer and chess coach, he is married to former Women's World Chess Champion Susan Polgar. He is also Polgar's business manager, and Vice-President of the Susan Polgar Foundation. He organized and/or promoted most of the events in which Polgar has been involved since she relocated to the United States. In May 2007, Truong become the Director of Marketing and PR of Susan Polgar Institute for Chess Excellence (SPICE) and assistant coach of the Texas Tech University chess team, with Polgar as the Executive Director of SPICE and head coach. The SPICE Program relocated to Webster University in June 2012, and Truong has served as the coach of the Webster University Chess Team and Director of Marketing for the SPICE Program since that time.

In 2004, Truong served as the captain and business manager of the U.S. Women's Team for the 36th Chess Olympiad, which won a Silver Medal after defeating Vietnam in the last round. While Truong served as coach, the Texas Tech University chess team was U.S. National Collegiate Champion in 2011 and 2012 and the Webster University team won in 2013 and 2014. In December, 2013, the Webster University chess team won the Pan American Intercollegiate Championship, which qualified them for the 2014 President's Cup in New York City on April 4-6 where they defeated teams from University of Maryland-Baltimore County, University of Illinois and Texas Tech for the 2014 title.

As a chess player, he holds the USCF titles of National Master and Life Master, and the FIDE title of FIDE Master. Truong played for the "Collins Kids" founded by John W. Collins. He was on the team that went to Iceland in 1980 (pictured on the John W. Collins Wiki page). He also played when the U.S. hosted Iceland in a return match in New York City in 1981. In 2001, he won the U.S. Open Blitz Championship in Framingham, MA, ahead of GM Hikaru Nakamura.

Truong's father, Tien, was an important South Vietnamese official working at the U.S. Embassy in Saigon during the Vietnam War. Truong learned the rules of chess along with his father at the age of five and played at the National Sports Center (CSS) in Saigon, a center for the chess life of the country. From an early age, he won the annual tournaments organized by the National Sport Center, which were informally recognized as the National Championships of South Vietnam. In all, he won the annual under-21 event four times, starting when he was five years old, and the annual adult event five times, starting when he was eight.

Truong has collaborated with Polgar on most of her books and videos, and he has co-authored with her numerous chess columns and articles. In 2003, Polgar and Truong won the Cramer Award for Best Chess Column and three Chess Journalist of America Awards for Best Magazine Column, Best Endgame Analysis Column, and Best Chess Promotion column. They also won the 2004 Chess Journalist of America Award for the best endgame column in Chess Horizons.

Following is a list of books that Truong has co-authored:

Truong is a prolific photographer who has taken as many as 30,000 pictures per year at chess related events all over the world. He consistently posts his digital files in the public domain, usually on the same day they are taken, for use free-of-charge by news outlets and blogs. Truong's photos have appeared on multiple book and magazine covers.

In December 2006, Truong announced his candidacy for USCF Executive Board, as one of four candidates in the Susan Polgar team. Both Polgar and Truong were elected. In 2007, Sam Sloan, one of the defeated candidates for the USCF Executive Board, filed suit to overturn the election results. The ensuing litigation led to political infighting and counter lawsuits, and eventually the four members of the USCF Executive Board named in the countersuits issued a statement asking Truong to step down from his position on the Board for "neglecting his fiduciary duties" in failing to side with the USCF against himself and his wife, Susan Polgar, in the litigation.

During the litigation, the USCF commissioned a report from computer expert Brian Mottershead concerning Sloan's allegations that Truong had impersonated Sloan in thousands of Internet posts. Mottershead concluded that Truong had indeed impersonated Sloan. The Executive Board of the USCF rescinded the memberships of Truong and Polgar. They appealed the revocation to the Board of Delegates of the USCF. In August 2009, the Delegates of the USCF ratified the previous year's actions of the Executive Board with respect to the litigation. In a closed Executive Session, the Delegates upheld the membership revocations.

The lawsuits eventually were all dismissed or settled, with the end result being that Truong severed affiliation with the USCF, and is now a "playing non-member". As part of the settlement, the USCF's insurer paid a portion of Polgar's and Truong's legal fees and none of the parties admitted to any wrongdoing.