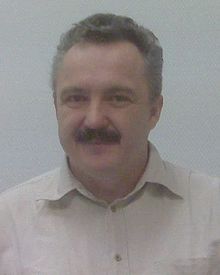 Martin Kreuzer in Bad Nenndorf at the Correspondence Chess Meeting 2010

Kreuzer's chess skills have earned him the FIDE Master title for over-the-board play. During his short stay in Canada, he finished fourth at the 1990 Open Canadian Chess Championship at Edmundston. Further notable over-the-board results include the prize for the best player without Elo number in the Elo rating system at the 1987 Open "Chess for Peace" in London and a fourth place at the first Novotel Open in Genova, Italy in 1997.

A selection of his games can be found at chessbase.com.