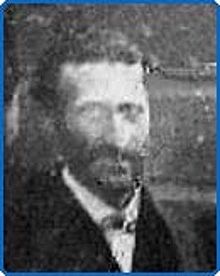 Benima was a peddler by profession when he married Meike Engers in 1866 in Winschoten. In 1874 he joined or perhaps co-founded the local chess club "Van der Linde", one of the three oldest extant chess clubs in the Netherlands. He was the only Dutchman to have a positive record against Dirk van Foreest in the latter's heyday in the 1880s (+3−2=2). His son Fred Benima (born 14 March 1876 in Winschoten) became an international tournament player as well.