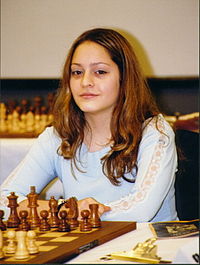 In 1998 she finished eighth in the World Championship Girls Under 10.

Ross was the first US female to head a "Top 100 Players" list of both male and female players, as published by the United States Chess Federation. In April 2002 she became the highest rated 13-year-old, male or female, in the US.

Laura is an alumna of Binghamton University.

She currently works as a chess instructor for the non-profit organization Chess-in-the-Schools.