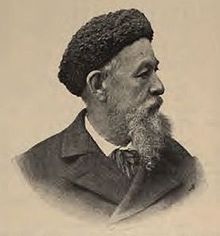 Jules Arnous de Rivière (4 May 1830, Nantes - 11 September 1905, Paris) was the strongest French chess player from the late 1850s through the late 1870s. He is best known today for playing many games with Paul Morphy when the American champion visited Paris in 1858 and 1863.

Born in Nantes to a French father William Henri Arnous-Rivière and an English mother Marie Tobin, he awarded himself the noble "de". Arnous-Rivière finished 6th of 13 in the 1867 Paris international tournament organized in conjunction with the Exposition Universelle. Although he finished well below the strongest foreign masters, he was ahead of fellow Parisian, Polish-born, Samuel Rosenthal. Arnous-Rivière had success in some minor tournaments in Paris: 3rd in 1880, 2nd= in 1881, 2nd in 1882-3, and 3rd in the Café de la Régence tournament of 1896. 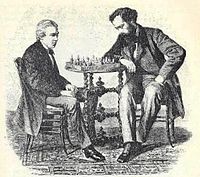