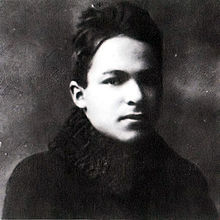 Born in Korets, Ukraine (then Russian Empire) into a Jewish family, he entered a gymnasium in Kiev (1910-1918) and then Kiev University. In the early 1920s, he moved to Warsaw where graduated in law from the university, and started his chess career.

Towbin was one of fifteen delegates from throughout the world who signed the proclamation act of the International Chess Federation (originally known as Fédération Internationale des Échecs in French) during 1st unofficial Chess Olympiad at Paris 1924.

During World War II, he lived and died in Warsaw, a victim of the Holocaust.