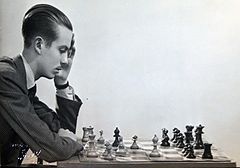 He earned the title of International Master in 1950 and the Grandmaster title in 1960.

He was the director of the 1978 Chess Olympiad in Buenos Aires.

After Miguel Najdorf he was the most important Argentine chess player of his time.